During the four years that it lasted, the State Matura Project supported the Ministry of Education in preparing for the introduction of final exams at the end of secondary education. The project's final conference was held on December 14, 2022, and was an opportunity to present to experts and the general public everything that was done through the project.

-  This challenging reform of final examinations in secondary education carries the potential to improve the quality and equity of the education system and empower every student and person in their lifelong learning process. As Claude Bernard said, a man can learn nothing except by going from the known to the unknown. This requires a leap of faith, but it is necessary if we are to move forward - said Plamena Halacheva, Deputy Head of the Delegation of the European Union in Serbia. She underlined that Serbia is not alone in this important endeavour, and can continue to count on EU financial and expert support to strengthen education as a core sector for Serbia's socio-economic development. 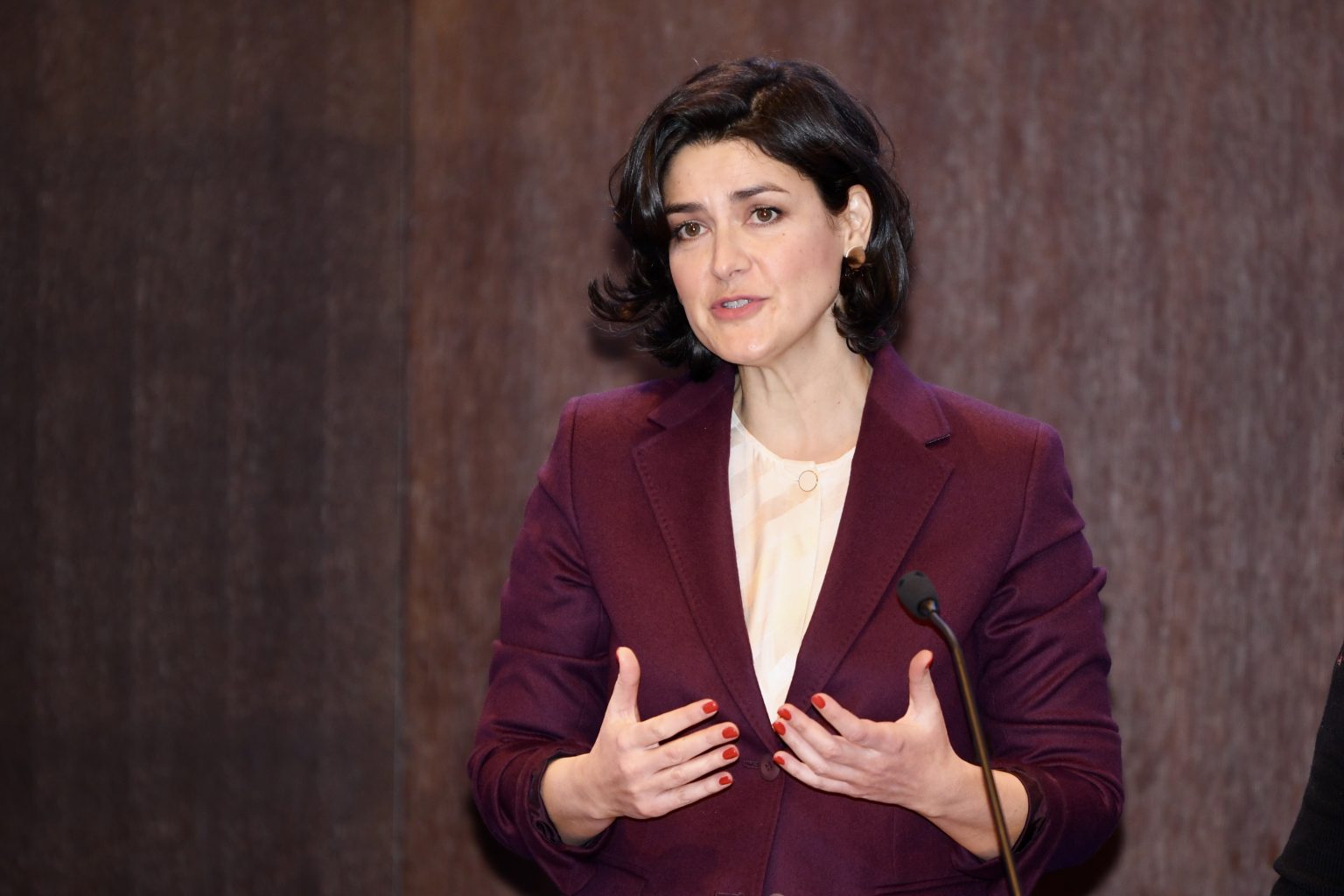 -  State matura, the introduction of which the educational system strategically decided more than a decade ago, is a project of national interest and is in the interest of graduates and future academic citizens. This concept enables equality and fairness for students, and at the same time, it is an instrument for improving the quality of the entire educational system. The State Matura Project helped us to establish processes and procedures, to establish cooperation with all actors and to include them, to conduct training so that the whole process would run as well as possible and so that the state matura would take root in the Serbian education system - said at the opening of the conference Branko Ružić, Minister of Education. 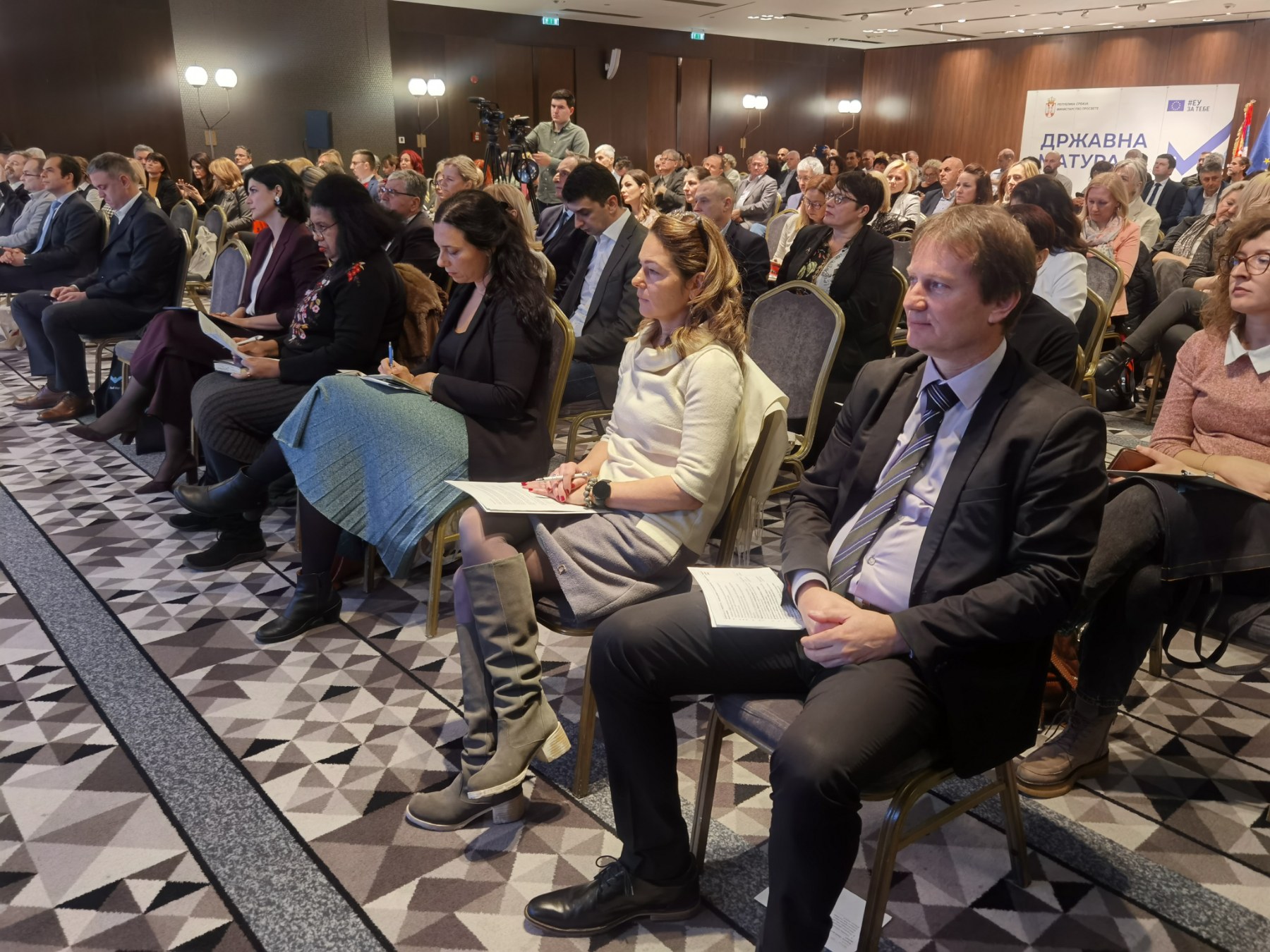 Working groups were formed to prepare exam materials, and a methodology for designing exam tasks and tests was developed, ensuring that the tasks were relevant, reliable and of high quality. Working groups were intensively trained during the project, so one of the critical results of the State Matura Project is that a generation of testing specialists was nurtured, the likes of which had not been in the secondary education system until now. The task of the high school teachers in the working groups was to create tests based on achievement standards, taking care that among the exam questions, which are the same for all students, there are no questions related to contents not covered in the school curriculum. The members of the working groups from among the university professors ensured that the tests were relevant as admission criteria of higher education.

The quality of the exam materials is, apart from the methodology of the tests, ensured by additional analyses carried out after the exam and based on which the tasks for each subsequent generation are further improved.

As part of the State Matura Project, teacher training also commenced. Outcome-oriented teaching, cross-curricular competencies, contextual learning, and creative and critical thinking development are the challenges of modern teaching to which teachers should respond. By gradually introducing examination tasks that test these aspects of learning, the matura will show how successful teachers are in their efforts to respond to these challenges and indicate directions for further work.

The preparation of the system for the introduction of the state matura examination also involves work on amendments to laws and regulations, so project support was provided for amendments to the Law on the Fundamentals of the Education System and the Law on Secondary Education, for the development of regulations on the programme of general, artistic and vocational matura and instructions for conducting piloting.

Detailed procedures for the conduct of the examination were developed, and the rights and obligations of all participants in the process were defined. Through two pilots, all proposed solutions were tested in practice - from the preparation and printing of tests, the logistics of delivering tests to schools, the organisation of exams in schools, assessment, to processing results and evaluation. These pilot tests confirmed that high schools are ready to conduct matriculation exams responsibly and procedurally accurately.

Behind the State Matura Project remains a database of almost 17,000 tasks for general subjects and artistic and vocational profiles. 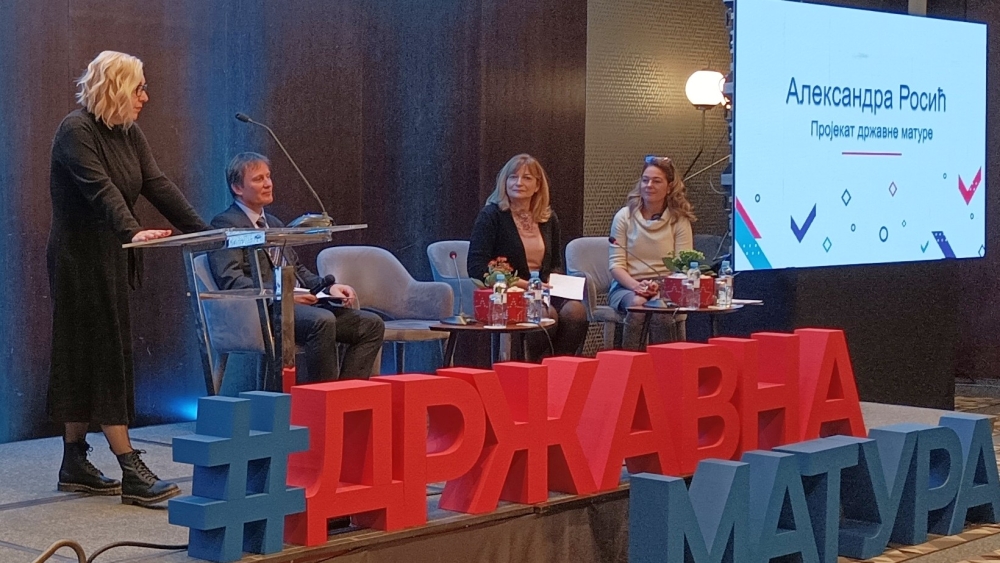 After analysing the existing enrollment exams and organising focus groups at all universities on the need and way of involving the faculties in implementing the matura exam, a network for online training of 400 members was established, for which training was held. Almost until the end of the project, discussions with university representatives were organised to define the criteria for admission to higher education institutions in time and to build the necessary trust of the academic community towards state matura.

The state matura has the potential to become the most powerful tool for improving the quality of secondary education, which is its primary goal, along with another, a no less important one - to make the entire system more transparent and fair and ensure an equal position of students within the system. As the concept provides, all students will take the same tests simultaneously and under the same conditions. The evaluation will be external; the assessors will review individual assignments and will not know whose assignments they reviewed, thus ensuring greater objectivity in the assessment and the results achieved. Finally, if the faculties accept the state matriculation exam as an enrollment criterion, students will have access to a more significant number of faculties, with reduced application costs. As the standardised exams at the end of secondary education will already include subjects previously on the list for enrollment exams, it is expected that the entrance exams will be retained only by faculties that test particular aptitudes and abilities.

The State Matura Project ends in January 2023. In the coming period, the system's institutions will continue implementing preparatory activities to introduce the state matura.

-  Now, it is up to the national institutions to take over the implementation of the state matura so that every segment of it functions as well as possible. A state matura exam is an excellent tool for improving the quality of the education system, not only the secondary school but the entire vertical. I hope all actors will quickly see this and take advantage of all the benefits matura brings to improve education as a whole - concluded Gregor Mohorčič, Team Leader of the State Matura Project.

The State Matura Project was implemented with the financial support of the European Union. Since 2003, the EU has invested more than 100 million euros in the education sector – from the improvement of preschool education, through the reform of secondary vocational education, adult education, renovation and equipping of higher education institutions, the reform of the state matura to the inclusion of children from vulnerable groups and providing help bridge the digital divide among school children.