“Blood donation shows that we are responsible and take care of others.

“Just as the EU cares about the Republic of Serbia, so we EU diplomats wanted to show with one specific personal gesture how we care for the community in which we live and work,” said Emanuele Giaufret, Ambassador of the European Union to the Republic of Serbia as he donated blood at the Blood Transfusion Institute of Vojvodina. 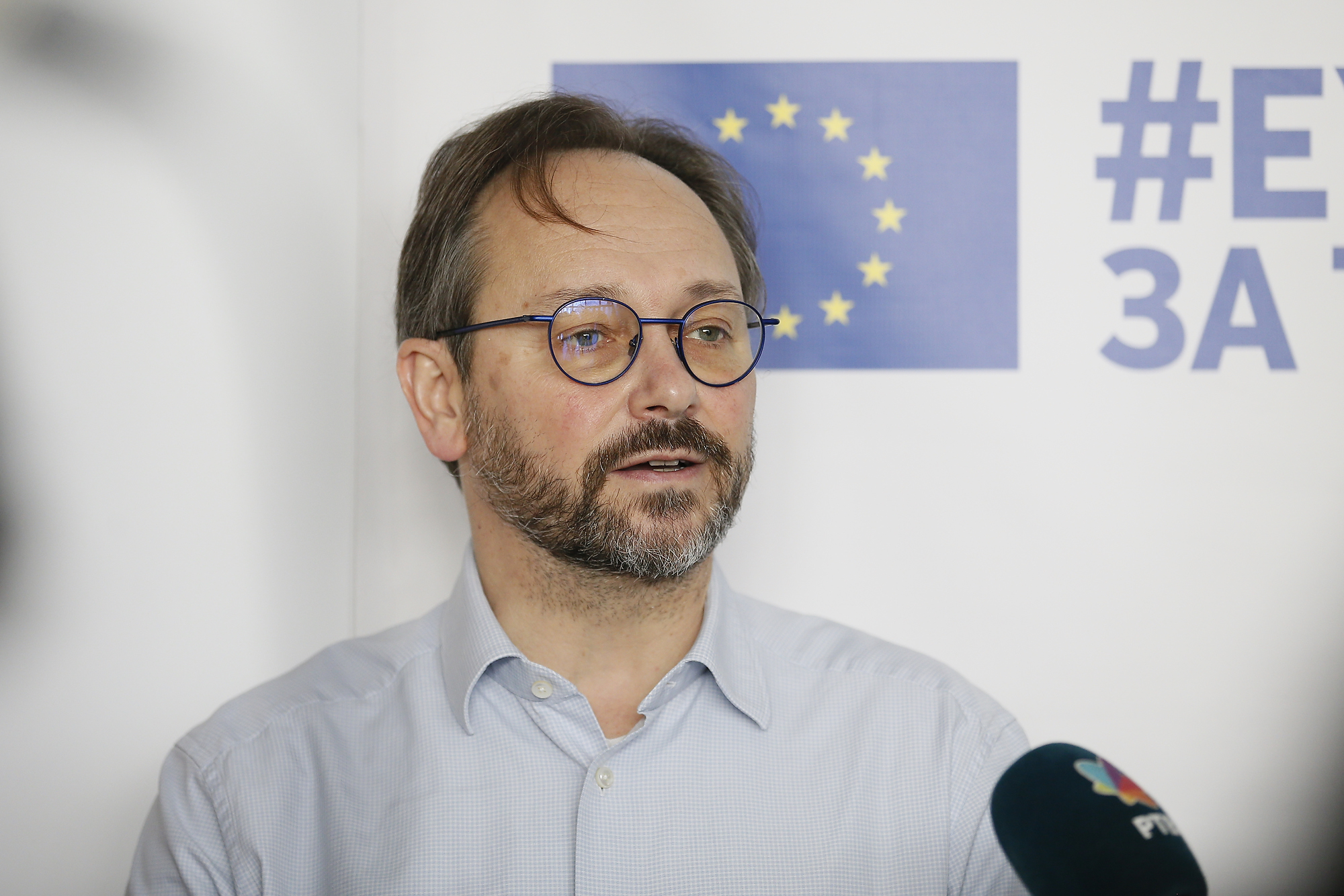 The Institute for Blood Transfusion of Vojvodina says that these actions are key to raising awareness of the importance of blood donation and called on all citizens in good health to donate blood, especially those with zero blood group, which is in a smaller deficit. 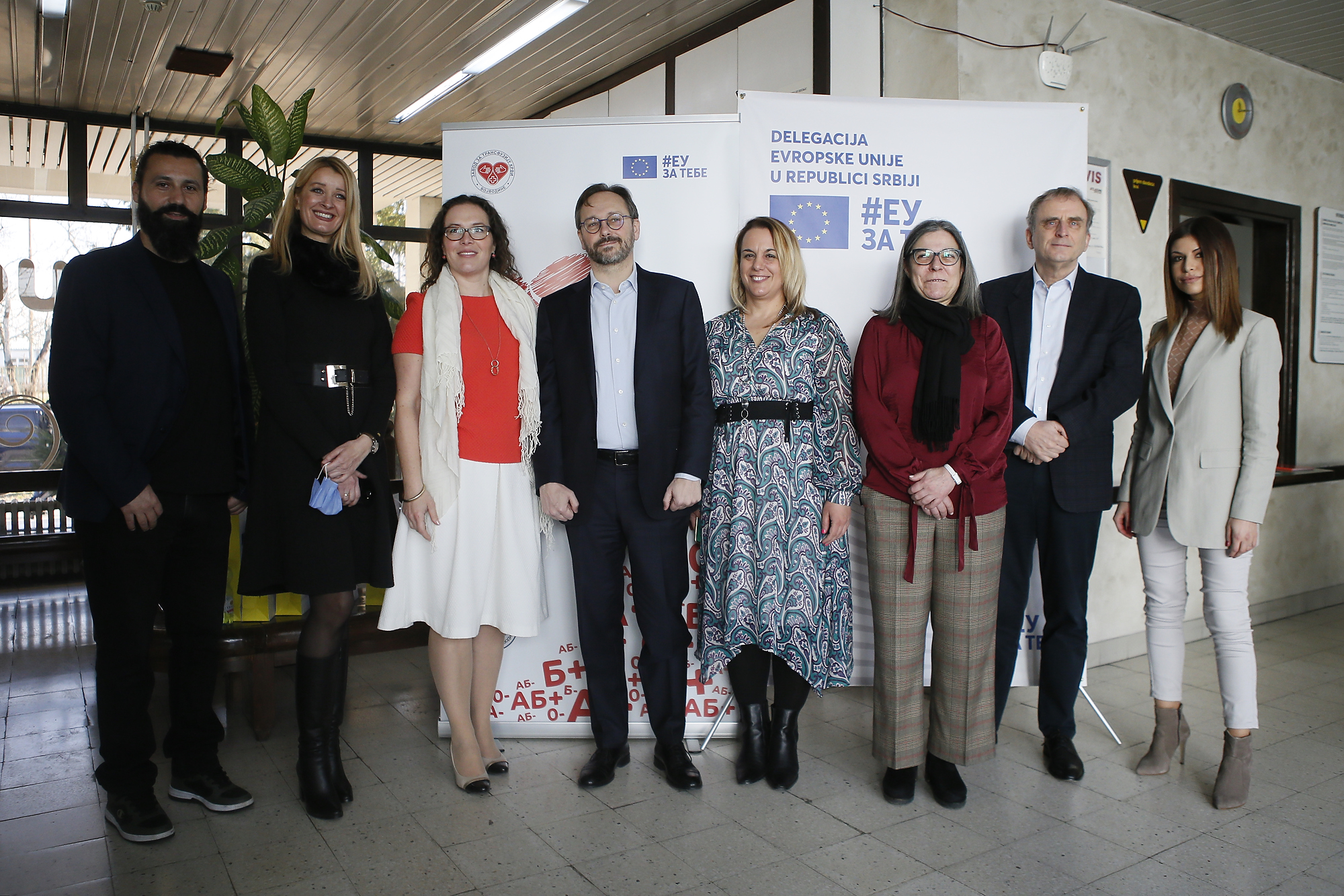 “It is important to give blood both for personal health and for patients for whom it is an irreplaceable form of therapy. One blood donation can help three or even four patients,“ said Jasmina Grujić, from the Blood Transfusion Institute of Vojvodina.

The EU helps Serbia in numerous areas, so it has allocated about half a billion euros for non-refundable aid and favourable loans for the health system so far.

“We also found ourselves in a pandemic in Serbia, when we provided triage centres, helped them with the necessary equipment, and provided salaries for two hundred medical workers at the time of the greatest pressure on hospitals in Serbia,” said Ambassador Giaufret. 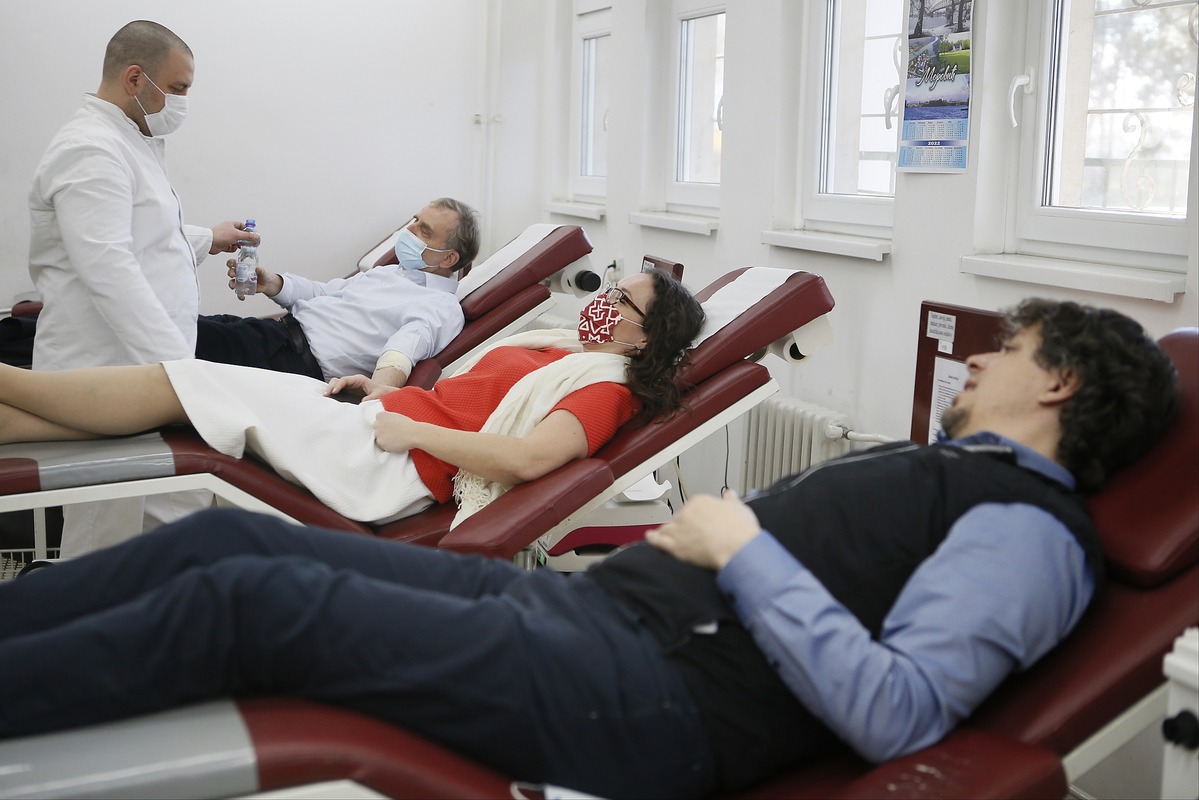 In the Institute for Blood Transfusion of Vojvodina, there is a constant need for blood of all blood groups.

This action of voluntary blood donation was organised by the EU Info Network and the Institute.