Three-day Workshop on Serbia's cooperation with the European Migration Network

Within the EU Twinning project "Support to strengthening migration management and asylum system in Serbia", a workshop entitled "Cooperation of the European Network for Migration with Serbia" was held at the beginning of September 2021 in Belgrade. The Commissioner for Refugees and Migration Mr Vladmir Cucic, Deputy Commissioner Ms Svetlana Velimirovic, Chair of the European Migration Network Mr Magnus Ovilius with colleagues from Slovenia, Luxembourg, Germany and Estonia, representatives of the EU Delegation to the Republic Serbia, Serbian Ministry of the Interior from the Department for Foreigners and Asylum Offices, Ministry of European Integration and the Twinning project took participation in the Workshop. 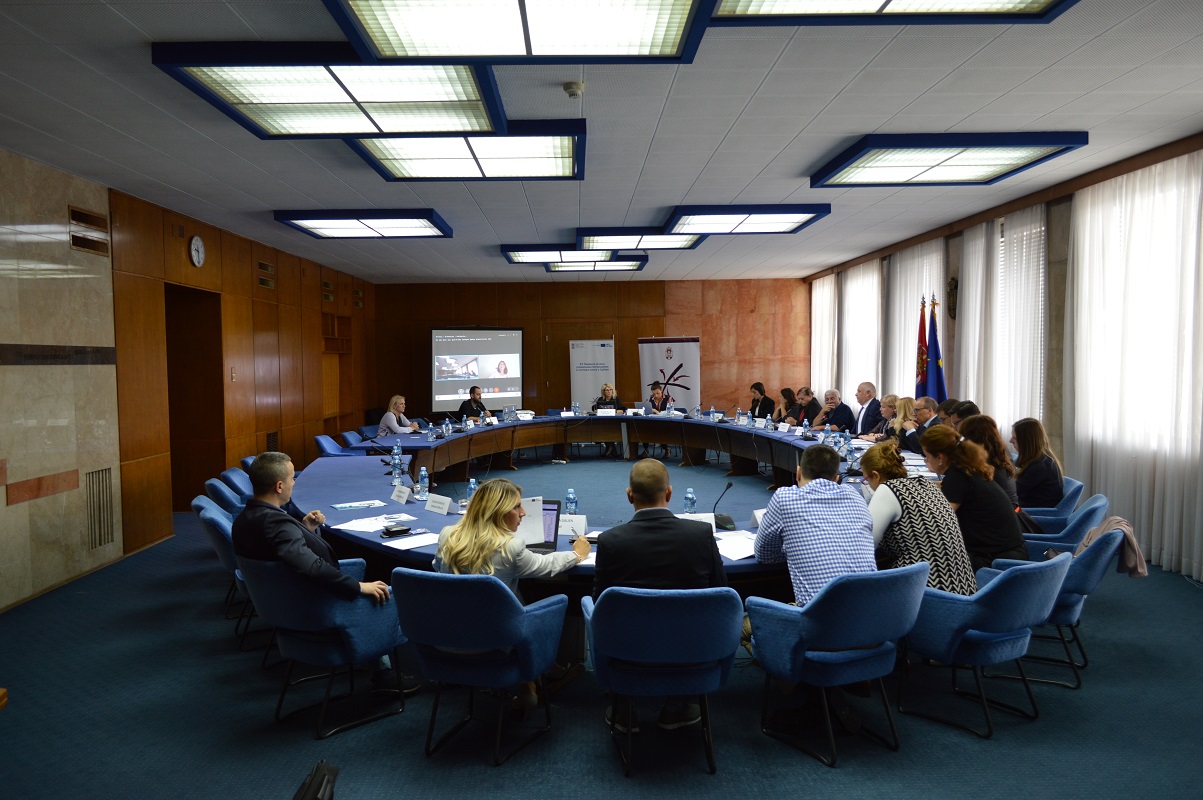 Commissioner for Refugees and Migration Mr Vladimir Cucic pointed out that Serbia has very good cooperation with the Delegation of the European Union to the Republic of Serbia daily, but that it is very important that Brussels and the EU administration better understand the situation in the region when it comes to migration, challenges with which each country is coping with, as well as the support that the EU is ready to provide. Commissioner Cucic informed the representatives of the European Migration Network (EMN) that Serbia has vast experience and trained people for migration management, whose knowledge and ability could be useful to European institutions such as the EMN.

On the first day, the Chair of the EMN, Mr Magnus Ovilius, pointed out that Serbia should get observer status in this European organization as soon as possible, which primarily deals with collecting and exchanging information and data and reporting to the European Commission on the state of migration in member countries. Mr Ovilius emphasized that Serbia is a very important partner for the EMN both because of its geostrategic position and of its experience and knowledge in migration management. He gave full support to Serbia's accession to the EU, as well as to the European funds related to migration, and emphasized that he would do everything in his power that Serbia gets relevant support.

During the meetings, the Commissariat for Refugees and Migration informed the guests, from the EU Member States, about the legal framework, competencies and specific activities that are being carried out in the field of migration in the Republic of Serbia. Representatives of the relevant ministries, primarily the Ministry of the Interior, also informed the guests of the areas of their work, the cooperation they have with the Commissariat for Refugees and Migration, the latest data and the situation in the field. On the same occasion, the guests from Brussels and representatives of the EU Member States introduced the Workshop participants to the work of the EMN and the experiences gained from its establishment in 2008 until today and presented the areas of future joint work and cooperation.

Support to Strengthening Migration Management and Asylum System in Serbia